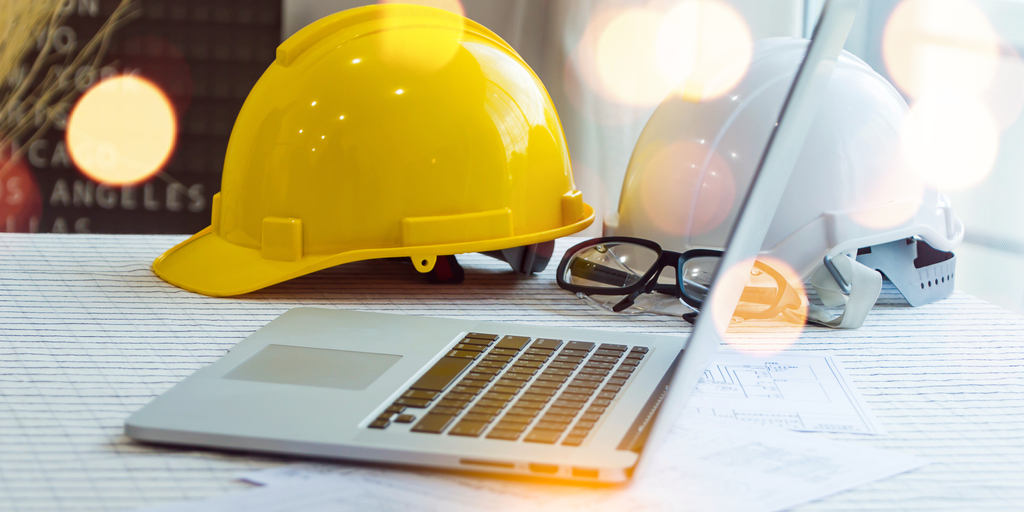 On Oct. 1, 2019, the Occupational Safety and Health Administration began using a new OSHA Weighting System (OWS) for the 2020 fiscal year. The administration had used its previous weighting system since the 2015 fiscal year.

OSHA hopes that the OWS will encourage the appropriate allocation of resources to support its approach of balancing safety and health in the workplace. The new system is intended to develop and support a management system that focuses enforcement activities on areas where OSHA’s efforts can be most impactful.

The OWS comes with several adjustments and adaptions compared with its predecessor, including additional enforcement initiatives, such as site-specific targeting. The new system also encourages the agency’s field staff to conduct compliance-assistance activities.

Previously, inspections were weighted heavily based on the amount of time that they took to conduct. With the OWS, OSHA is hoping to make time less of a factor when weighting the potential impact of an inspection while emphasizing other factors that have an effect on overall workplace safety and health.

The new system has been formulated based on a working group’s recommendations and evaluation of existing criteria.

The previous weighting system measured inspections using enforcement units. The OWS will continue to tally enforcement units, but will do so based on different factors, such as agency priorities and the impact of inspections. OSHA hopes that the OWS will further its goal of taking a balanced approach toward workplace health and safety and will properly incorporate the three major work elements performed by its field agents: enforcement activity, essential enforcement support functions and compliance-assistance efforts. 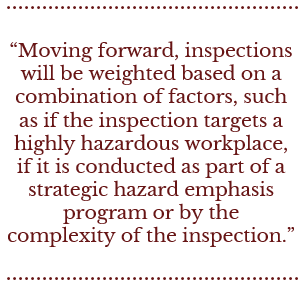 According to OSHA, the changes in how inspections will be weighted under the OWS will make it impossible to fairly compare total enforcement units moving forward to numbers from past years. For example, the new system gives additional weight to programmed inspections targeting what the agency calls the “fatal four/focus four,” which refers to the leading causes of workplace fatalities: Falls, struck-by object, electrocutions and caught-in/between.

Under the previous system, the 2016-18 fiscal years consisted of 40,199, 38,692 and 38,760 total enforcement units respectively. If applied to the new system, those numbers would have all been over 60,000. OSHA does plan to apply the OWS retroactively for past years and compare both methods in order to assess the performance and appropriateness of the new system.

Moving forward, inspections will be weighted based on a combination of factors, such as if the inspection targets a highly hazardous workplace, if it is conducted as part of a strategic hazard emphasis program or by the complexity of the inspection.

Overall, OSHA’s goal for the OWS is to put an emphasis on enforcement and compliance assistance in order for the agency and its agents to be able to be proactive in promoting safety and health in the workplace, rather than being reactive to incidents after they have occurred.

Click here to read OSHA’s official press release regarding the OWS. For additional information from the agency, click here.